The major stock market indices were mostly flat this week, but needed a Friday rally to erase the week's earlier declines. After underperforming the past few weeks, partly due to uncertainty about what Congress may or may not do with respect to health care reform, the Health Care sector jumped this week after Merck and CVS reported better than expected earnings and revenues.

From a Year–to–Date perspective, all 11 S&P 500 sectors are painted green and the Health Care sector is the only sector in single digits, as it is up a little more than 4%. That's in stark contrast to four other sectors that are up over 20% YTD – Consumer Discretionary, Industrials, Communication Services, and Information Technology.

For the week, the Energy sector struggled, as oil prices fell in response to increasing U.S. production data. Communication Services also declined on the week, weighed down by a decline in Google's parent company's lower than expected revenues report.

The U.S. Department of Labor released the April Jobs report on Friday and there were two key metrics that pleased investors: unemployment is still at historically low levels and wages are rising. The two key metrics as reported by the DOL:

“Total nonfarm payroll employment increased by 263,000 in April, compared with an average monthly gain of 213,000 over the prior 12 months.” 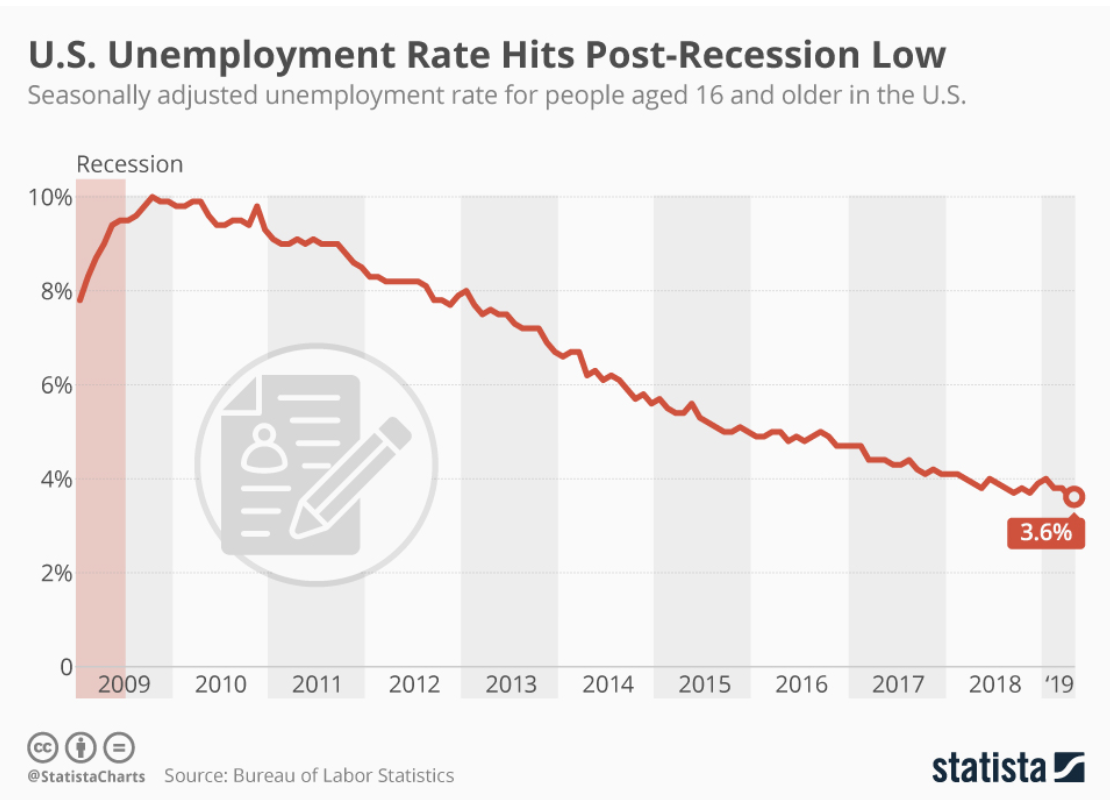 The Federal Open Market Committee met this week and decided to keep the fed funds rate unchanged at 2.25–2.50%, a decision expected by just about everyone. In addition, the Fed acknowledged that overall inflation has dropped and currently resides below its 2% target threshold, leaving many Fed watchers to suggest that rate cuts might be on the way later this year.

Remarks from Fed Chair Powell, however, did impact the market when Powell said: “we suspect transitory factors may be at work.”

Fed watchers interpreted the word “transitory” as a subtle signal that the Fed would not cut rates later this year. And shortly after Powell’s remarks, the DJIA dropped 162 points and the selling pressure continued into Thursday.