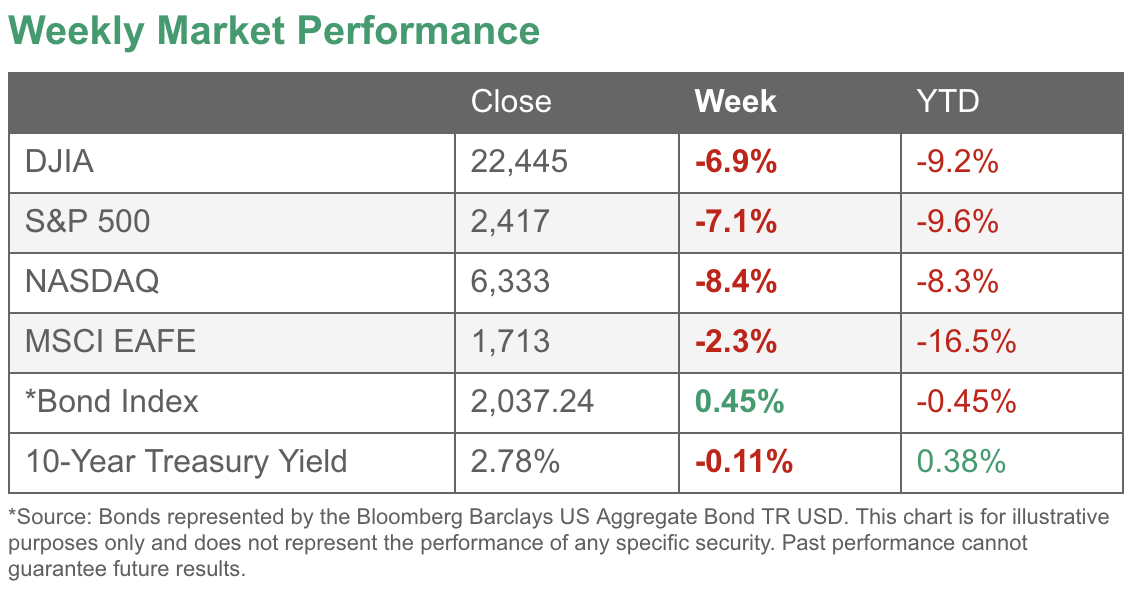 Throughout the week, headlines were all about the Fed's monetary policy as many worried that the Fed would raise rates too fast and too high despite a cooling economy. Even President Trump weighed in on the Fed's path when he tweeted his recommendation that the Fed not make a “mistake” in hiking rates.

The Fed ignored the president's tweets and announced another quarter-point hike in the federal funds rate on Wednesday – its fourth rate hike this year. Stocks reacted quickly on the news and dropped, but then moved even further into the red as investors parsed through the Fed's language about expectations for 2019. Equity investors were hopeful that the Fed might signal a bit of a pause throughout 2019, but the majority of the Fed’s policy members seem to expect two rate hikes next year.

Fears of a partial government shutdown at midnight Friday loomed large over the markets for the entire week. Early in the week it appeared that President Trump might sign temporary spending legislation that did not include funding for a border wall, and as such, the Senate approved a bill on Wednesday.

Then there were reports that President Trump would absolutely not sign any legislation unless it included his demand for funding a border wall – stocks dropped.

Then on Friday stocks retreated again after the President promised that the shutdown would “last for a very long time” if a new bill did not include wall funding. On Friday, at midnight, a partial government shutdown took effect.

Not All Bad News

Lots of Data to End the Year