Earnings reports from JPMorgan and Wells Fargo marked the unofficial start of the quarterly earnings season and JPMorgan delivered a much better-than-expected report on Friday, helping push the Financial sector to outperform on the week.

Thomson Reuters and FactSet are reporting that analysts expect overall earnings for the S&P 500 to decline marginally this quarter when compared to the first quarter of 2018. The reasons most often mentioned by pundits include the effect of the December 2017 tax cuts rolling–off and slower global growth.

Given that most are expecting a decline in earnings this quarter, FactSet examined the results from the 25 companies that have reported so far through Friday to see if there were specific topics driving down earnings and found two that seemed to be more common. The most negative topic was the term “foreign exchange” although only a few of companies discussed specific currencies relative to the U.S. dollar. The second negative topic was “higher wages and labor costs.”

On Wednesday, the United States Department of Labor released Consumer Price Index data and confirmed that inflation remains in check, validating the Fed's decision to hold off on raising rates. From the DOL: 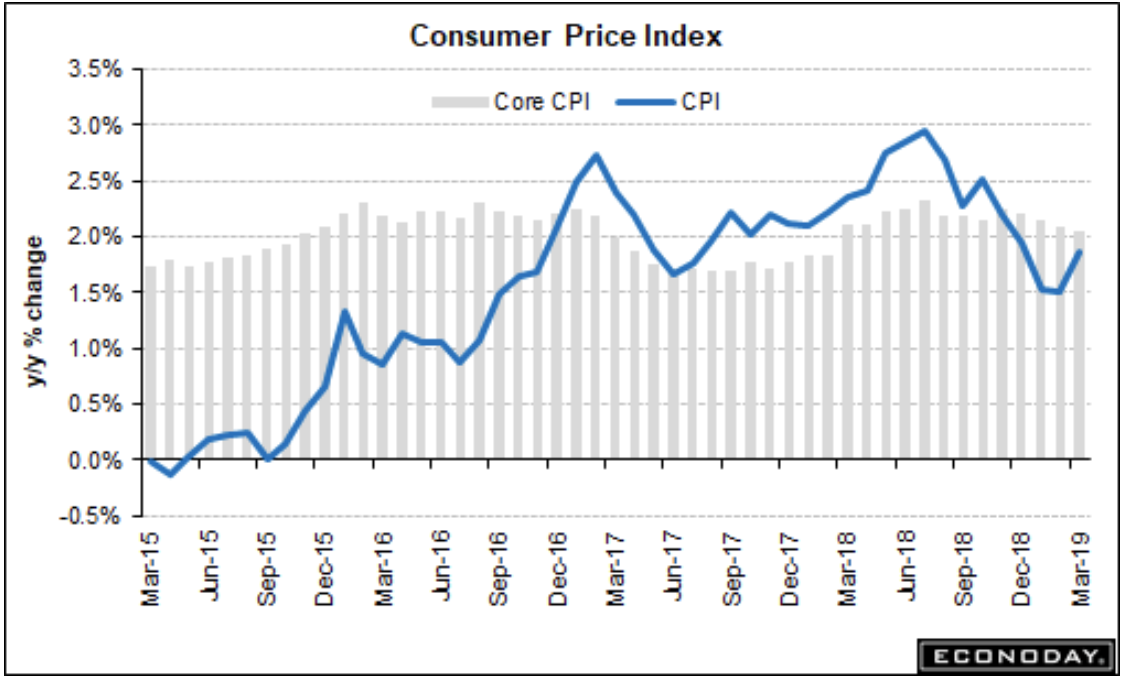 The Department of Labor was busy this week and on Thursday it reported on weekly jobless claims with this:

More Brexit Uncertainty and Another Extension

The EU gave the UK until the end of October to finalize a Brexit agreement, causing the British pound to gain and the FTSE 100 Index to decline. This additional extension revealed big disagreements among EU leaders as to how much time the UK should be given to exit and it’s hard to see how much will improve in the coming months. And if there is one thing markets hate, it’s uncertainty. Adding to the uncertainty is that moments after the extension was pushed out until October 31st, talk began about extending the October 31st deadline even further out.