The Fed Signals No More 2019 Hikes

On Wednesday, the Federal Reserve decided to leave the fed funds rate unchanged at 2.25-2.50%.

While this was widely expected, the Fed also surprised some with its signal that it does not expect any rate hikes for the rest of 2019, which is different from just a few months ago this past December when they expected two 2019 rate hikes. The Fed also mentioned that it would end its balance sheet selloff by September 30th.

Investors were pleased at first as both bond and equity markets immediately rallied on the news, but then it appeared as if investors started wondering what the Fed’s announcement says about the health of the economy. More specifically, investors seemed to sense that maybe the economy wasn't as strong as perceived and that this would translate into softer corporate earnings throughout the next couple of quarters.

News of the Fed's decision pushed the 10-year yields to 2.44%, which is their lowest level this year by a healthy amount. But it also pushed the difference between 3-month Treasuries and 10-year Treasuries to invert on Friday, which has not happened since 2007. This caused the bears to wake up and growl that a recession was imminent, but of course no one knows for sure. 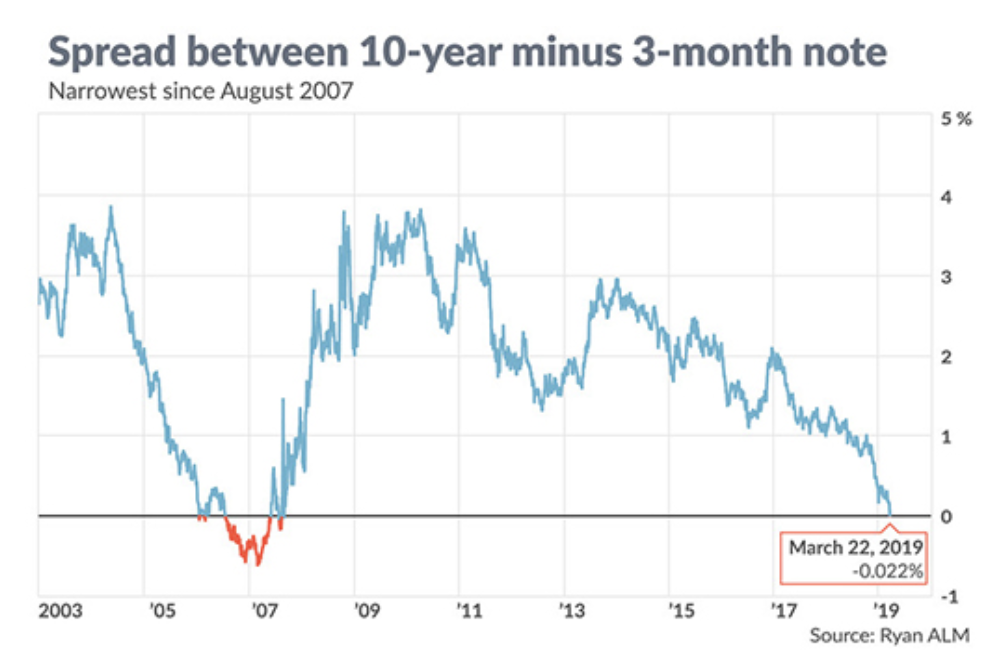 Weakness in Europe and Brexit Adds to Uncertainty

Friday's decline also seemed to be driven by economic data that presented weakness in Europe, especially in Germany.

The Purchasing Managers Index, an indicator of the manufacturing sector, trended lower, which worried economists that expansion across the Eurozone might be slowing. And then more data showed less robust numbers in Germany, which happens to be Europe’s largest economy, as it has been negatively impacted by tariff uncertainty as its economy is dominated by the auto sector.

Lastly, while Brexit has had little impact on U.S. markets, Friday's extension of the March 29th deadline did add more uncertainty – and the markets hate uncertainty.